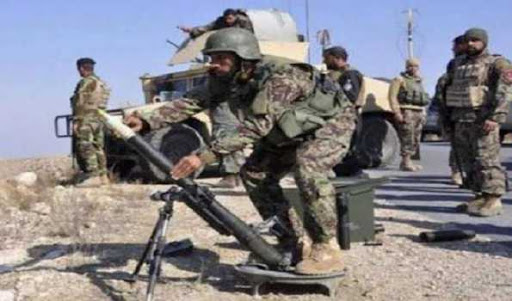 KABUL, April 21: A total of 15 militants have been confirmed dead as fighting planes struck Taliban positions and hideouts in the southern Kandahar province on Tuesday, Defense Ministry said in a statement released here Wednesday.

Five more militants had been injured in the sorties, which covered parts of the restive Panjwayi district, the statement added.

The ground forces backed by fighting planes would continue to strike the enemies hideouts elsewhere in Kandahar and its vicinity, the statement further said.

A total of 310 anti-vehicle and anti-personnel mines have also been discovered from Panjwayi and the neighboring Arghandab districts and defused, the statement asserted.

Taliban militants who are active in parts of Kandahar province with Kandahar city as its capital 450 km south of Kabul are yet to make comment.