Cross-border smuggling of petrol and diesel has become rampant in recent weeks due to the cheaper fuel rates in Nepal than in India.

Petrol and diesel prices increased continuously in the last two weeks in India and crossed the INR 100 per liter mark in a couple of states.

According to Madhaw Joshi, Spokesman of Nepal Udyog Vanijya Sangh of Kanchanpur, petrol (per liter) in Nepal is NPR 25.26 cheaper than in India, while diesel is NPR 24.70 cheaper.

As Nepal shares a porous border with India, local people are easily smuggling petrol and diesel in jerry cans from Nepal on foot and selling to small retailers in bordering markets of the East Champaran district.

This, in turn, is severely impacting the business of petrol pumps in border areas of the district. The owners of Raxaul, Chauradano, Adapur, Kundwa-Chainpur, and Ghorasahan fuel stations have claimed heavy losses.

Mukesh Kumar, a petrol pump owner of Adapur, informed that his daily petrol sales decreased from 1300 liters to 200 liters.

Likewise, fuel smuggling has been rampant in West Champaran as people can easily cross the border through the Gandak river.

Petrol is being sold at NPR 69 per liter at Tribeni, Raninagar and Ratanganj in Nepal and at INR 93.86 per liter at Valmikinagar in India. 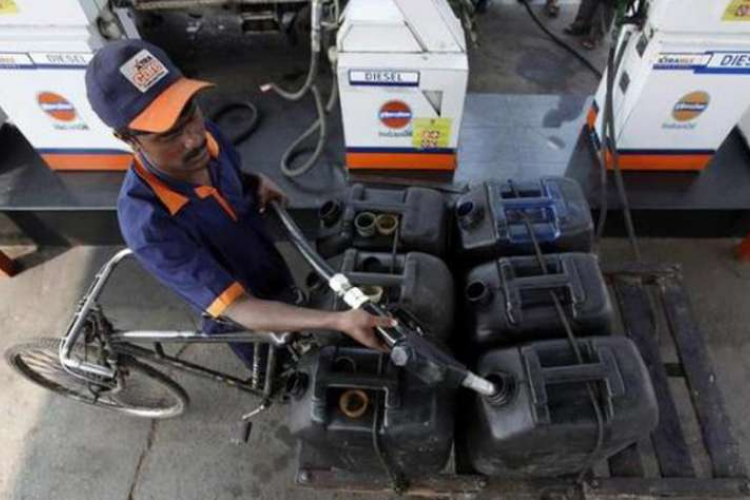 In a bid to prevent further fuel smuggling, the East Champaran district administration, the Sashastra Seema Bal (SSB), and the Nepali Police have ramped up patrolling on the border.

The Birgunj police in Parsa district arrested three Nepali smugglers and seized 1,060 liters of diesel. The accused said that they earned around NPR 1,000 daily by smuggling petrol and diesel to India.

Stay Tuned to NepaliSansar for latest financial news of Nepal!

40 foreigners, including 19 Chinese deported from Nepal in last three months

Rasuwagadhi customs back into operation after 3 weeks

Govt assures farmers of sufficient fertilisers for next...