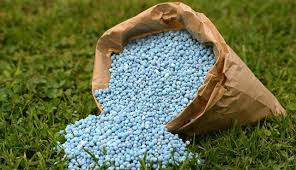 KANCHANPUR, April 23: Nepal Fertilizers Industry has decided to set up a factory to produce chemical fertilizer locally at Baluwaphanta of Krishnapur Municipality-6 by utilizing raw materials available within the country. The factory will have the investment of Rs 137 million.

Preparations are underway to operate the factory within coming mid-July. It is planning to produce DAP, NTK and potassium in the first phase. Factory proprietor Umakant Joshi said, “Two more chemical fertilizers would be produced before December.”

Phosphorus from Baitadi would be used as raw materials for the fertilizer. Other chemicals and machines would be brought from Germany, he said, adding that they planned to produce 10 metric tons of fertilizer every year.

Even the works for physical infrastructures began for the undertaking. The proprietor has claimed that it would be the first factory to produce chemical fertilizer by using the raw materials available within the country.

The factory would be built in the 7,500 square feet land. It is being run in partnership where 50 persons will be directly employed.

Mayor at Krishnapur Municipality Karna Bahadur Hamal informed that the factory would be a pride project in the city. “Farmers were suffering much for lack of chemical fertilizers while cultivating land. Once the factory produces quality fertilizers, it would be a huge relief to the farmers in Sudurpaschim Province,” he added.

The Mayor also made commitment that the municipality would extent utmost support for running the factory.