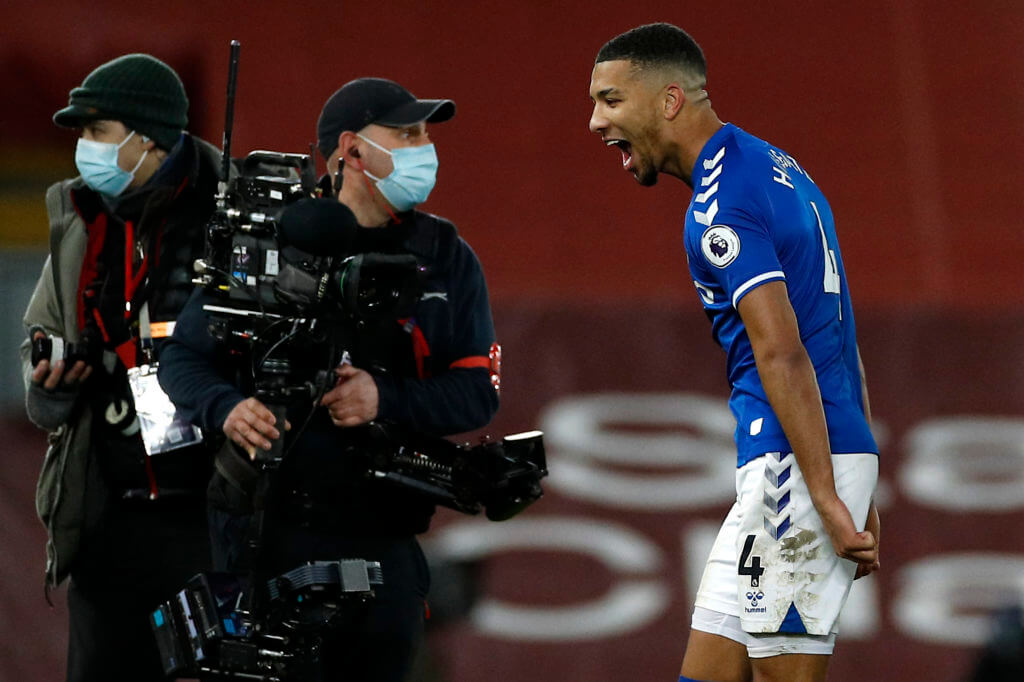 Former Liverpool striker Peter Crouch has showered heaps of praise on Everton defender Mason Holgate after his impressive performance in the Merseyside derby.

Everton registered their first win at Anfield since 1999 after beating Jurgen Klopp’s side 2-0 in the Premier League, with goals coming from Richarlison and Gylfi Sigurdsson.

Crouch in his Q/A column for the Daily Mail has suggested that Everton should get their due credit for the win while discussing Liverpool’s dramatic loss of form.

It was a fantastic collective effort from the Toffees, but there were some brilliant individual performances as well.

“So many players made that result possible — Jordan Pickford was outstanding in goal, I loved the way Seamus Coleman kept Andy Robertson in check and Mason Holgate was brilliant. He needs to be mentioned, he’s different class and is going to be a top player,” wrote Crouch for The Mail.

The 24-year-old has progressed immensely under Carlo Ancelotti, and he is now one of the key players at the club.

In the 5-3-2 formation, Ancelotti made sure that Everton’s defence stays resolute throughout the game against Liverpool’s fearsome front three. Every one of them – Michael Keane, Ben Godfrey, Lucas Digne, Seamus Coleman and Holgate – were excellent against the Reds, with Keane arguably having played his best game this season.

Holgate was equally brilliant and deserves rich praise from Crouch. The former Liverpool striker also has predicted that he will be a ‘top player’ in the future.

He is a fantastic young defender, but there’s plenty of room for him to improve. This season, he has shown his class by adapting well at right-back when Everton were without Coleman. He is very good at tackling and has all the talent to be a top defender.