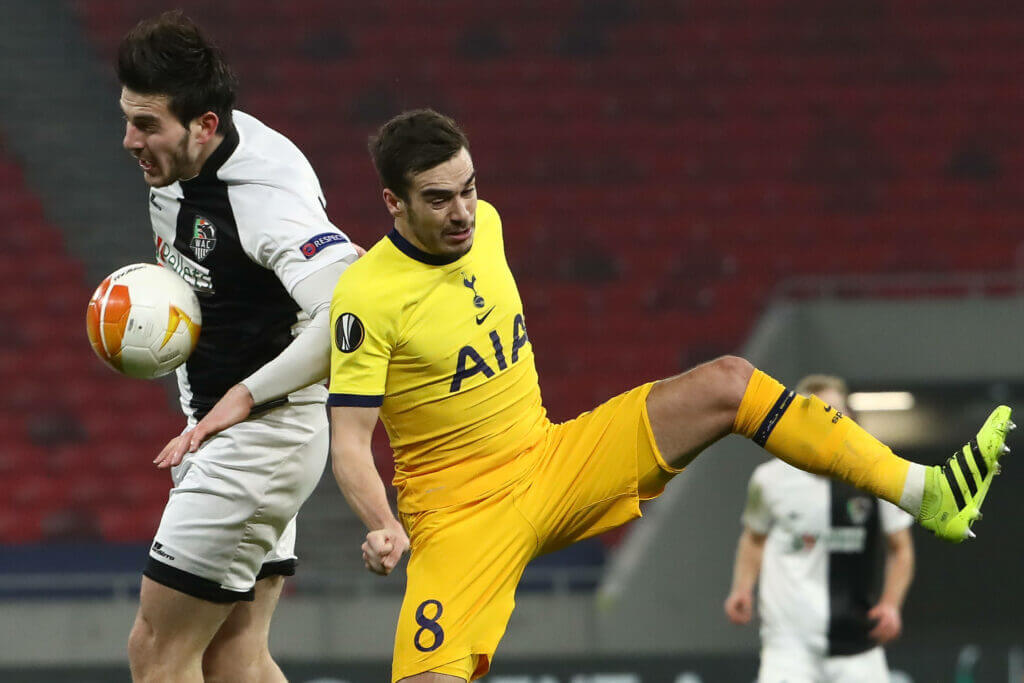 Tottenham Hotspur are preparing a massive rebuilding work in the summer, with Jose Mourinho ready to offload as many as seven players.

According to reports from The Mirror, Mourinho wants Daniel Levy to back him in the summer transfer window to give his side a fighting chance next season.

The Portuguese boss is ready to offload players who are surplus to requirements at the club. Spurs are looking to raise funds from player sales, and re-invest in the squad wisely in the summer.

One of the players who could leave the club is Harry Winks.

The England international has lost his place in the national team due to a lack of regular opportunities at the club.

The Mirror describes his situation as “a fall from grace”.

Pierre-Emile Hojbjerg, who joined from Southampton in the summer, is the first name of the teamsheet for Mourinho. With Tanguy Ndombele, Giovani Lo Celso and Moussa Sissoko ahead of Winks in the pecking order, there’s “little way back for him”.

The report claims that Winks, who is on £50k-per-week wages at the club, seems to be “the easiest player to shift”.

With Oliver Skipp pushing for a breakthrough after impressing heavily on loan at Norwich City, Winks’ days are numbered at Spurs.

The report adds that Everton and Atletico Madrid are interested in signing him.

Everton would be looking to add an experienced holding midfielder to their ranks, and Winks, 25, would be a smart addition for the Toffees.

In other news, Spurs have been linked with a move for Diego Carlos, and check out how the fans have reacted to the report.