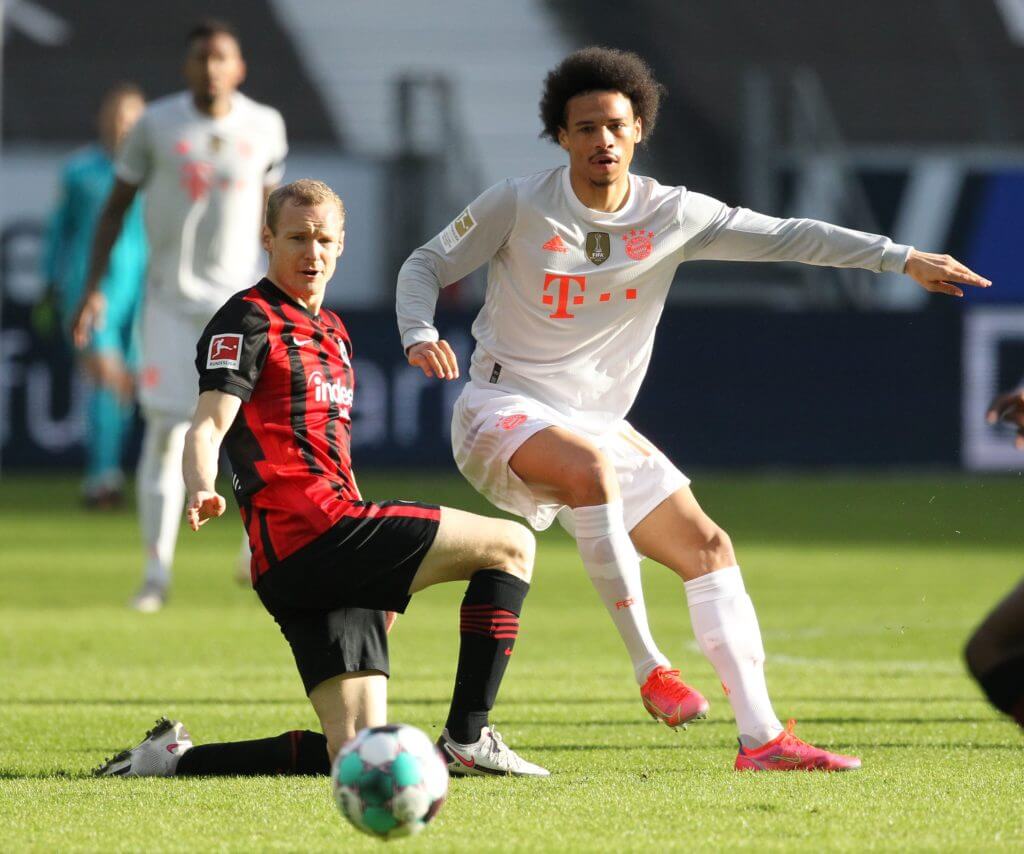 Bayern Munich are scheduled to face Lazio on the road in the first leg of the Champions League round of 16 tie on Tuesday night.

The Bavarian giants recently won their sixth trophy in 12 months after beating Tigres UANL in the FIFA Club World Cup final in Qatar.

However, they have since stuttered with back-to-back winless games in the Bundesliga.

Hansi Flick’s side were held to a 3-3 draw against relegation-threatened Arminia Bielefeld before they suffered a 2-1 loss at Eintracht Frankfurt last weekend.

The club were cruising to a ninth successive Bundesliga title at one stage but they are now only two points ahead of RB Leipzig at the top of the table.

They have a testing challenge on their hands against Lazio tomorrow. The Serie A side are in a good form with four wins in the previous five league games.

Manuel Neuer is a definite starter in goal and he will lead the side at the Stadio Olimpico.

The backline could be identical to the weekend’s defeat at Frankfurt.

Benjamin Pavard is out after contracting the coronavirus. Niklas Sule may continue to get the nod over Bouna Sarr at right-back.

Jerome Boateng and David Alaba are pretty much certainties in the central defensive roles and should feature ahead of Lucas Hernandez.

Alaba has already confirmed that he is leaving the club this summer and Boateng could also follow him through the exit door with his contract expiring in June.

Still, the duo tend to excel playing alongside each other and that may see Hernandez stay on the bench with Alphonso Davies preferred ahead of him at left-back.

Leon Goretzka and Javier Martinez are available after respective injuries and the duo could feature alongside Joshua Kimmich in a three-man midfield.

Marc Roca should be the player to drop to the bench. The Spaniard has yet to make a significant impact since his arrival from Espanyol last summer.

Further forward, Thomas Muller won’t be available for selection due to COVID-19 while Serge Gnabry is out with a thigh problem sustained at the Club World Cup.

This leaves Leroy Sane and Kingsley Coman as pretty much automatic choices for the wide attacking positions. Sane should feature on the right wing with Coman on the opposite flank.

Sane has stood out for Bayern in recent disappointing results against Bielefeld and Frankfurt. He bagged an assist in both matches.

Robert Lewandowski is expected to lead the line. The Pole has been consistent once again this season and has bagged a stunning 31 goals in just 30 games.

With the way Bayern have been performing at the back in the league, Lewandowski may need to score more than once to ensure a first-leg advantage for the club.

Samut Prakan in the way for flying Pathum

Chris Sutton mentions who he wants as Neil...