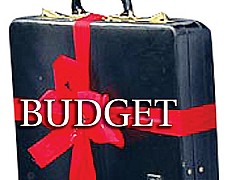 The upgradation job of Nagma-Gamgadhi road section of Karnali Highway has been affected for lack of sufficient budget to advance the construction task.

Chief of Road Division Office, Jumla, Leela Bhandari said that the construction work is not taking place as per the estimate. The job of gravel and drain construction are incomplete and payment of Rs 120 million for the contractor is delayed due to insufficient budget.