‘It all adds up’: £90k-per-week star responds to exit reports after Everton win vs Liverpool 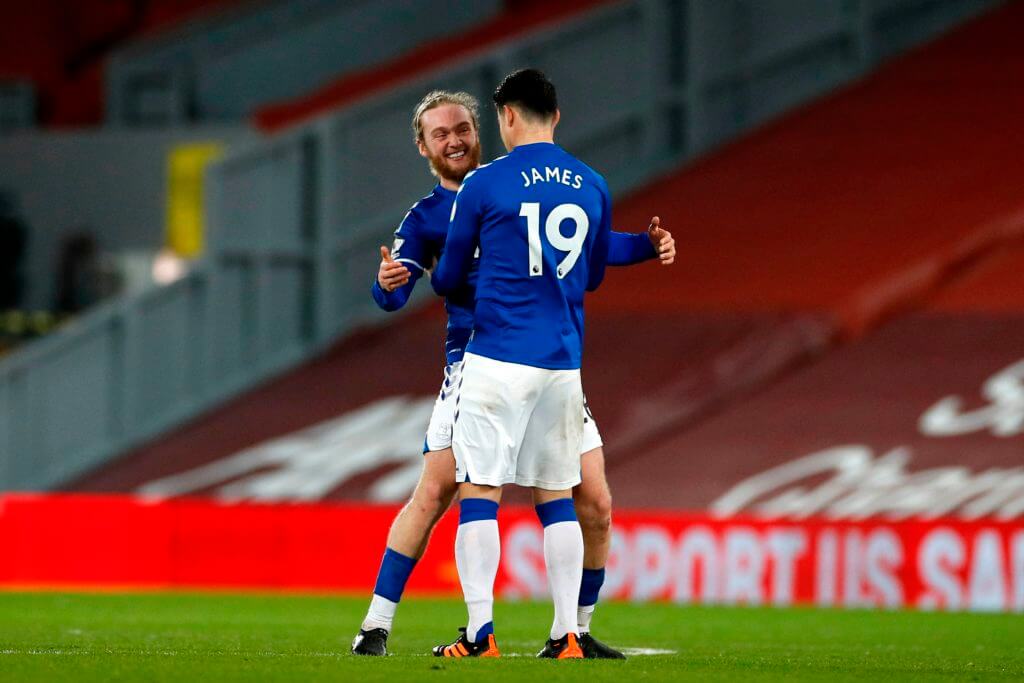 James Rodriguez has suggested that he is happy at Everton after the Toffees won 2-0 against Liverpool in the Premier League on Saturday.

The 29-year-old, who joined the club in the summer transfer window from Real Madrid, provided an assist for Richarlison’s goal at Anfield.

Rodriguez, who is on £90k-per-week wages at Everton, has been brilliant in his first season in England. He has made 18 Premier League appearances, scoring five goals and providing four assists.

Recent reports from Spain suggested that the Colombian is unhappy in England and that he is considering a move away from Everton.

Rodriguez may have struggled to maintain the same level of consistency throughout this season, but it seems he is determined to make an impact in England and certainly not looking to run away.

James told Marca Claro (h/t Goal.com) of the exit rumours after Everton’s win against Liverpool: “I am happy. We all know it is a new stage for me.

“At almost 30-years-old, I am fine. I am happy for every new thing that is added to my life. It all adds up.”

Rodriguez has recently returned from an injury and Carlo Ancelotti handed the South American only 62 minutes at Anfield.

He has shown flashes of his outstanding quality this season but, at the same time, he is gradually learning to adapt to a more physical league.

Everton are seventh in the table, level on points with Liverpool but with a game in hand.

‘We are lucky to have him’: Tyler Roberts very impressed with ‘outstanding’ Leeds player

Jack Wilshere’s four-word reply to why he didn’t...