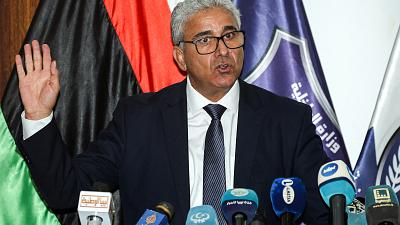 The interior minister of Libya’s UN-backed government, on Sunday survived an assassination attempt by unidentified gunmen in the west of the capital Tripoli, the Interior Ministry said in a statement.

“At 3 p.m. (1300 GMT), an assassination attempt targeted Interior Minister Fathi Bashagha as he was returning from his residence in Janzour district (western Tripoli). An armored Toyota opened fire at the Minister’s convoy using machine guns,” the statement said.

Bashagha’s security guards fired back at the gunmen, killing a gunman and capturing two others, while one guard was injured, according to the ministry statement.

The Ministry confirmed that all necessary legal measures regarding the attempted assassination have been taken.

Libya has been suffering insecurity and chaos ever since the fall of the late leader Muammar Gaddafi’s regime in 2011.

Locals from Sundarijal to Balkhu urged to remain...

Oli will lead the remaining term of government:...