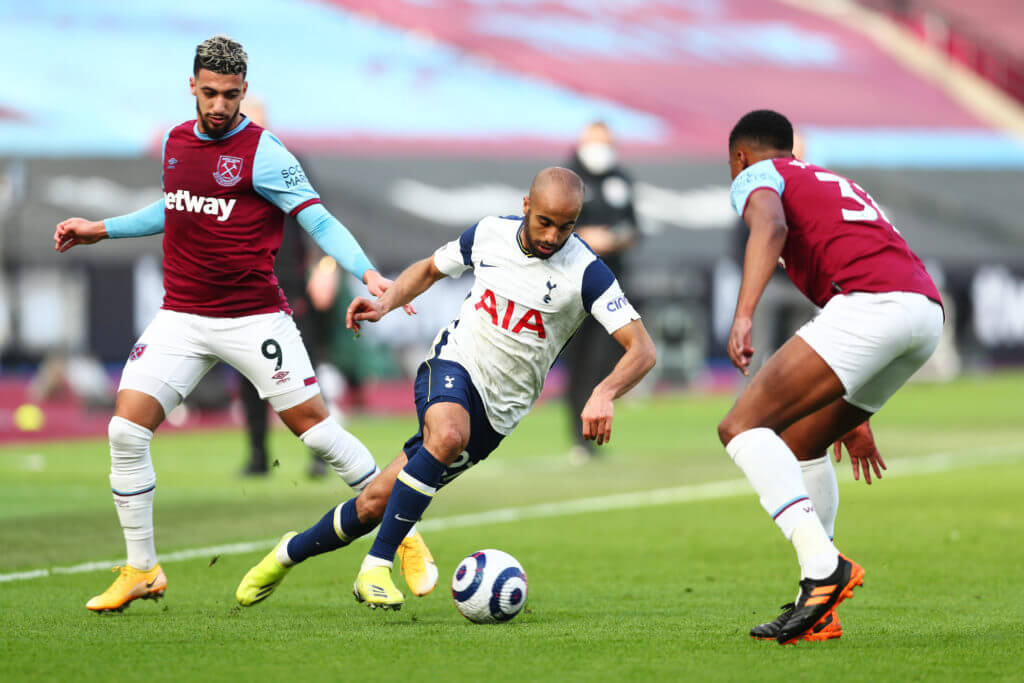 Tottenham Hotspur lost 2-1 against West Ham in the Premier League on Sunday.

Doherty and Bale came on during the half-time break while Alli replaced Sergio Reguilon in the 77th minute.

🗣”We had opportunities to score and draw the game, so we need to do better”

Lucas Moura says Gareth Bale had a good impact for Tottenham after coming on half-time but says they needed to convert their chances better pic.twitter.com/0nv7wqWh8L

Spurs have now lost five of their last six games in the league, and Jose Mourinho has admitted that his side would struggle to get into the top four.

Bale certainly made a strong impact during the game. He was very sharp with his touches and movement, reminding everyone that he is still a class apart.

The 31-year-old was very direct with his runs and played out some good cross-field deliveries. He made room for himself and created two shooting opportunities, with the second one rattling the crossbar.

Moura scored with a header that came from a pin-point cross from Bale. Many Spurs fans have suggested on Twitter that Mourinho should start with Bale regularly, although the Spurs boss feels that he is not ready to start two games in a row.

Spurs are in real danger here and it is gradually coming down to the point where their season hinges upon how they fare in the Europa League.

They are nine points behind fourth-placed Hammers, and although they have a game in hand, the gap is significant.

Spurs can still win the League Cup and the Europa League this season, but they need to improve their Premier League form at the earliest.

‘Why not?’: Jamie Carragher makes strong claim about...