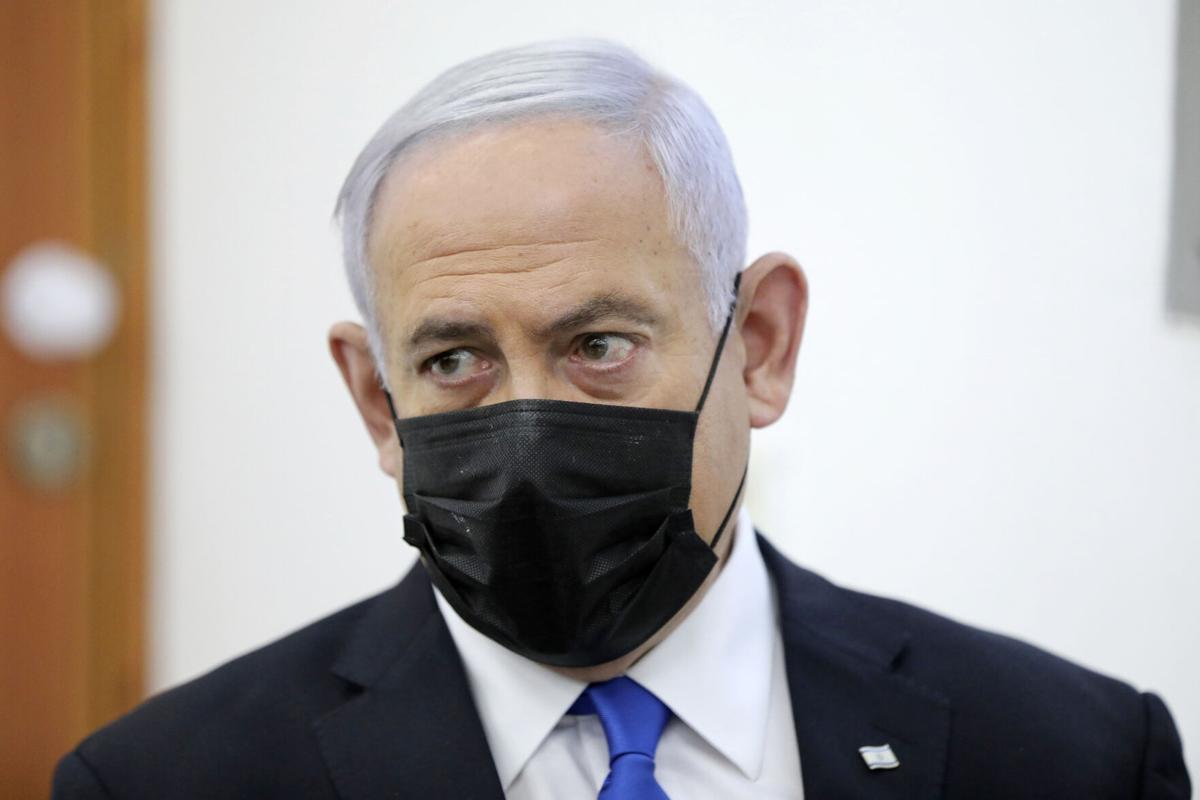 Israel’s president on Tuesday handed Prime Minister Benjamin Netanyahu the difficult task of trying to form a new government, giving the embattled Israeli leader a chance to extend his lengthy term in office.

But with the newly elected parliament deeply divided and the prime minister on trial for corruption charges, Netanyahu had little to celebrate.

He now has up to six weeks to lure his political foes into a coalition, an effort that appears to have slim odds of success. At the same time, those opponents will be working to form an alternative government that could end his 12-year reign.

In a meeting with members of his Likud party, Netanyahu struck a statesmanlike tone, saying he would be the prime minister of all of Israel’s citizens, Jewish and Arab, religious and secular.

“We will take care of everyone,” he said, vowing to “take Israel out of the cycle of recurring elections and to establish a strong government for all citizens of Israel.”

President Reuven Rivlin turned to Netanyahu in the wake of Israel’s fourth inconclusive election in the past two years.

In a post-election ritual, Rivlin had consulted Monday with each of the 13 parties elected to the Knesset, or parliament, in hopes of finding a consensus on a candidate for prime minister. But neither Netanyahu, nor his main rival, Yair Lapid, received the endorsement of a majority of lawmakers.

As he announced his decision Tuesday, an anguished Rivlin said no candidate had the support needed to form a majority coalition in the 120-seat Knesset. He also noted that there are many misgivings about Netanyahu remaining in office while on trial.

Yet he said there was nothing in the law preventing Netanyahu from continuing as prime minister and said he believed that Netanyahu had a better chance than his rivals of cobbling together a coalition.

“This is not an easy decision on a moral and ethical basis,” Rivlin said. “The state of Israel is not to be taken for granted. And I fear for my country.”

Netanyahu did not attend Tuesday’s announcement, as is tradition, and later Rivlin did not appear with Netanyahu in the usual photo of the new parliament’s swearing-in — moves local media interpreted as a show of the president’s unhappiness with the situation.

Netanyahu now has an initial period of 28 days to put together a coalition, a period that Rivlin could extend for an additional two weeks.

Netanyahu has received the endorsement of 52 lawmakers, more than his rivals, but still short of the 61-seat majority needed to form a government.

Securing the support of nine more lawmakers will not be easy. Netanyahu will use his formidable powers of persuasion, coupled with generous offers of powerful government ministries, to court his potential partners.

Netanyahu will likely require the backing of Raam, a small Arab Islamist party. Raam’s leader, Mansour Abbas, has left the door open to cooperating with Netanyahu if he aids Israel’s Arab sector, which has long suffered from crime, discrimination and poverty.

But one of Netanyahu’s allies, the Religious Zionist party, has an openly racist platform and refuses to serve in a government with Arab partners. Netanyahu could appeal to the rabbis who serve as the party’s spiritual guides in hopes of changing minds.

Netanyahu will also likely need the support of Yamina, a religious nationalist party led by former ally turned rival, Naftali Bennett, who also has been cool to an alliance with Arab parties.

Bennett, a former aide to Netanyahu, promised Tuesday to negotiate in “good faith,” but made no promises to his former mentor.

Netanyahu’s last hope will be to try to lure “defectors” from other opposition parties. For now, however, Netanyahu’s opponents have vowed to stand firm, especially after the painful experience of the previous government.

Following elections last year, Netanyahu and his main rival at the time, Benny Gantz, agreed to an “emergency” government to confront the coronavirus crisis. Their partnership was plagued by infighting and collapsed in half a year, triggering the March 23 election.

“The chances of Netanyahu to form a government, as it seems right now, are quite low,” said Yohanan Plesner, president of the Israel Democracy Institute, a Jerusalem think tank.

Looming over the negotiations will be Netanyahu’s corruption trial, which resumed this week with testimony from the first of a string of witnesses to testify against him.

Netanyahu has been charged with fraud, breach of trust and accepting bribes in a series of scandals. He denies the charges and this week compared the case to “an attempted coup.”

Lapid, head of the centrist Yesh Atid party, acknowledged Tuesday that the law left Rivlin “no choice,” but nonetheless said that tapping Netanyahu was a “shameful disgrace that tarnishes Israel.”

Lapid has offered an alternative: a power-sharing arrangement with Bennett that would see the two men rotate between the prime minister’s job. They are expected to hold intense negotiations in the coming weeks.

Plesner, a former Knesset member, said the partnership between Bennett and Lapid has “a reasonable likelihood of materializing.”

Lapid would be able to deliver his key campaign promise of ousting Netanyahu, while Bennett, whose party has just seven seats, would be the first to be prime minister.
“For both of them, it’s a very lucrative deal,” Plesner said.

Gayil Talshir, a political scientist at Israel’s Hebrew University, said that Netanyahu’s opponents who share his hard-line ideology, including Bennett, would prefer to see him fail before banding together against him.

“Otherwise, they would’ve been thought of, from their own right-wing base perspective as traitors,” she said.

The new parliament takes office at a time of deep polarization in Israeli society. Last month’s election was seen as a referendum on Netanyahu’s divisive leadership style, and the result was continued deadlock.

Netanyahu’s supporters view him as a global statesman who is uniquely suited to leading the country. His opponents accuse him of pushing the country through repeated elections in hopes of producing a parliament that will grant him immunity from criminal prosecution.

In a sign of those divisions, about 100 protesters hoisted LGBT pride flags and a mock submarine in a noisy demonstration outside the Knesset as the new parliament was sworn in. The pride flags were aimed at the pro-Netanyahu Religious Zionists, whose members are openly homophobic, while the submarine points to a graft scandal involving the purchase of German subs.

As the new Knesset was sworn into office, Rivlin appealed for unity. It was the last time Rivlin will address such a gathering, and the outgoing president, who leaves office this summer, appeared emotional.

“If we do not learn and find a model of partnership that will allow us to live here together, out of mutual respect for each other, out of commitment to each other, and genuine solidarity, our national resilience will be in real danger,” he said.

Procession with idols marches towards Madi