Plume picks up $270M at a $1.35B valuation to power smart home WiFi for broadband providers 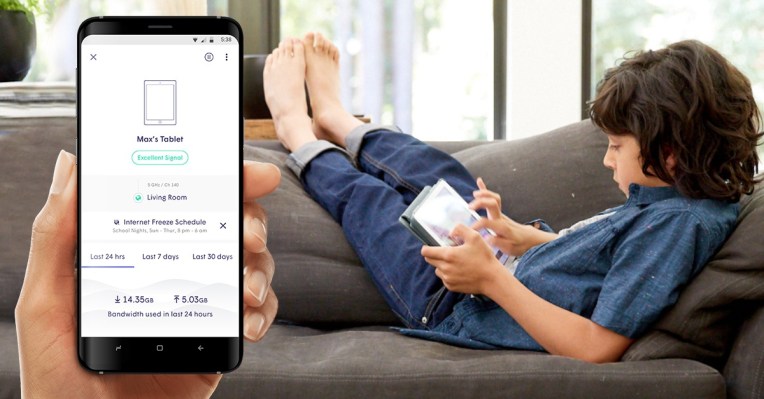 The last year of life under a global health pandemic has seen a massive surge of people working from home — a shift that has thrown a stark light on the iffy quality of our broadband networks. Today a startup called Plume — which has built a mesh-WiFi platform that helps optimize broadband connectivity and then uses it to deliver a range of smarter home services to some 22 million homes globally — is announcing a major funding round of $270 million that underscores the opportunity to fix that, and more.

“We’re the best at optimizing WiFi connectivity in the home, but that is not what we’re about,” said Fahri Diner, Plume’s co-founder and CEO, in an interview with TechCrunch. “We see it as the foundation. We cut our teeth on it but have gone way beyond that to services like advanced parental controls, secure access controls, which devices can access networks and what passwords they use. We focus on sophisticated security, which we believe will be the next big area that consumers will start paying attention to.

“The ultimate product for Plume is a comprehensive, cloud-driven platform that enables consumers to curate, manage and deliver these services. That’s what the company is about.”

The investment, a Series E, is coming from a single investor, Insight Partners, and values the company at $1.35 billion. This is a significant step up for the company, which almost exactly a year ago raised $85 million in a combination of equity and debt at a valuation of $510 million.

Unless you have been following the business of home broadband networking, you may not be familiar with the name Plume. But if you are not already be using it, chances are that you may be getting pitched a service using its technology, or will be soon.

The company, based out of Palo Alto, has deals in place with some 170 carriers around the globe that provide residential broadband services, reselling Plume’s mesh technology as a way to improve home WiFi connectivity — especially critical in older or bigger homes, and dwellings where you have many people connecting to and straining your broadband network — providing Plume-powered services like network security, parental access controls and motion awareness on top of that.

Plume brands those added services as HomePass, and on top of this it also provides a cloud-based operations tools to carriers, Haystack and Harvest, which help them with customer support, to manage their networks, glean better performance analytics and provide insights on customer usage and churn.

Plume also works with a number of big and less well-known hardware makers who design the routing devices and the processors and related software that power them.

Some of its customers, like Comcast, Charter, Qualcomm, Belkin, Cablevision, Liberty Global and Shaw Communications have become strategic investors in the company over the years, which speaks to its traction with the big players in the market. (It has raised $397 million to date.)

There have been a number of efforts over the years to improve WiFi in the home, from faster networks through to better routers and WiFi extenders.

Plume’s technology is based on one of those alternatives, mesh architecture — also used by others like Google in its Nest WiFi system — which uses a single router and then a series of nodes that operate as if they are a single device on the network (extenders by contrast use different SSIDs and passwords). On top of the mesh architecture, Plume then runs a software-defined network to identify and better measure the traffic, using automation to, for example, then detect and fix when a device is on the network, may need more power to work properly, and so on.

In all, it appears that Plume has some 170 patents and patent applications in play to underpin what it has built.

It’s interesting to note that at one time Plume was compared to Eero, the mesh-based wifi router startup that was eventually acquired by Amazon, which now resells its routers as part of its own mesh WiFi solution.

But the two have some critical differences, based mainly on the business premise behind the two. As Diner points out, Plume’s service stack is based not around a router (as Eero’s primarily was) but on mesh technology that plus an open source silicon-to-cloud framework platform for building services to run on the mesh network that it calls OpenSync. This essentially allows service providers to build their own services on top of Plume’s mesh architecture.

In a telecoms world that has long fretted over the idea of being cannibalized and relegated to the role of a “dumb pipe”, it provides a way for them to build services — apps, as it were — on top of that WiFi connectivity.

Realistically, however, David points out that only the very biggest carriers (and not even all of them) might have the resources and appetite to do so. This is why it builds services that it white-labels and resells to them to sell on to consumers, and why these are taken up by those service providers. OpenSync, Plume says, now covers some 26 million access points and is seeing a sharp rise as more people fill out their homes with more equipment that they use throughout the day.

“Growth in the smart home category is exploding, but the quality of consumer experience has fallen short,” said Insight Partners Managing Director Ryan Hinkle, in a statement. “We are convinced that Plume, with its scalable cloud data platform approach, highly efficient go-to-market strategy, strong momentum, top-quartile financial performance across all SaaS KPIs – including revenue, growth rates, gross margin, efficiency and retention metrics – and world class team is transforming this category. We’re delighted to join and support this exciting journey.” Hinkle is joining Plume’s board with this round.

Tottenham star ‘would ask’ Daniel Levy to leave, he is ‘tired of wasting time’

NordVPN review: An encryption powerhouse with the biggest...

Making sense of the $6.5B Okta-Auth0 deal

WandaVision release dates: When does the season finale...

Kia spruces up its Niro hybrid range for...