Real Madrid vs Barcelona: Five of the best El Clasico matches ahead of Saturday’s showdown 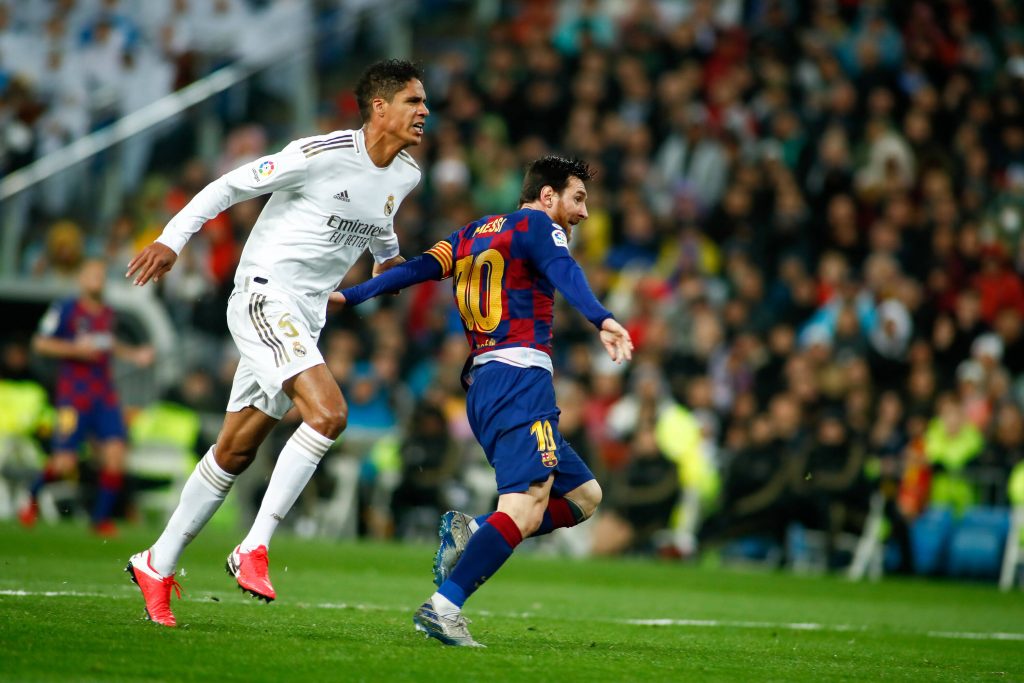 El Clasico – widely regarded as the greatest fixture of the beautiful game.

Individual battles between the world’s most talented players, red cards, taunting celebrations, moments of brilliance. Whenever the Spanish giants lock horns, it is so often a spectacle to behold.

Barcelona’s trip to the Spanish capital on Saturday night to face fierce rivals Real Madrid looks set to be the biggest El Clasico in years, as the La Liga title race is delicately poised with nine games to go.

Atletico Madrid’s defeat away to Sevilla last weekend has left Barcelona and Real breathing down their necks in the Liga table, second and third respectively after both clubs were victorious in match week 29.

With what looks to be an enthralling encounter between the Spanish giants, we take a look at five of the best Clasicos over the years.

The Dutchman had transformed the Blaugrana into a global force with his tiki-taka style of play, and his starting XI included current manager Ronald Koeman, as well as former Barcelona, Bayern Munich and current Manchester City boss Pep Guardiola.

Madrid were looking to put an end to the Catalans’ league dominance and did so in emphatic fashion.

Chilean striker Ivan Zamorano, a €5 million acquisition from Sevilla in 1992, scored a first-half hat-trick to blow Barcelona away.

Jose Amavisca and Luis Enrique, who would go on to play and manage Barca, rubbed further salt into the wound in the second half to complete a memorable victory for Madrid over their bitter rivals.

Their triumph would prove crucial as Los Blancos went on to lift the La Liga crown at the end of the season, whilst Barcelona were left wondering what might have been down in fourth.

At the peak of the Galacticos era, goals from Michael Owen and David Beckham helped inspire Madrid to a crucial victory to keep the 2004/05 title race alive.

Zinedine Zidane bravely slid in to open the scoring early on, and Ronaldo headed home his sides second from a typically pinpoint Beckham free-kick.

Samuel Eto’o took advantage of a rebound from Ivan Helguera to poke past Iker Casillas to spark Barcelona back into life. However, Madrid punished the Blaugrana as they went searching for an equaliser.

Roberto Carlos drove down the left-hand side before drilling in a low cross for captain Raul to finish from close range.

Owen then combined superbly with his England counterpart Beckham to fire home a fourth, before Ronaldinho added a classy consolation 17 minutes from time.

The quality of football was clear to see throughout the pitch, as the two sides delivered a thrilling game in front of the 78,000 crowd.

There is no doubt that Barcelona’s dismantling of Madrid at the Bernabeu would have ranked highly amongst their unprecedented achievements.

Gonzalo Higuain headed home the opener for La Casa Blanca before Thierry Henry calmly levelled things up for the Catalans.

Two minutes later and Barca were ahead, as Carlos Puyol got his head to the ball first from a Xavi free-kick on the edge of the box.

Lionel Messi extended his sides lead before the break as he capitalised on a Lassana Diarra mistake.

Ramos pulled one back for Madrid in the 56th minute, but Henry added his second of the game two minutes later as he slipped the ball past the onrushing Casillas.

Messi grabbed his second with 15 minutes to go before Gerard Pique made it six as he slotted home after confusion at the back between Cannavaro and Casillas.

It was a devastating performance from Barcelona, who outclassed Madrid in every aspect of the game, as Xavi registered four assists.

Guardiola avenged the humiliation he suffered as a player for Barcelona during his side’s 5-0 defeat back in 1995 from the dugout, as his team brushed aside Jose Mourinho’s Madrid in 2010.

Xavi made it 1-0 in the opening ten minutes as the ball deflected kindly to him following a shot from his Spanish teammate Andres Iniesta.

Pedro made it two to the good eight minutes later as he completed a beautiful flowing move from David Villa’s cross.

Villa’s second-half brace made it four before substitute Jeffren completed the rout in the dying minutes after Ramos had been sent-off for a late challenge.

Guardiola inflicted Mourinho’s heaviest defeat as manager as the Blaugrana went on to lift the 2010/11 La Liga crown, finishing four points ahead of runners-up Madrid.

The seven-goal thriller between the bitter rivals in 2014 is arguably the greatest Clasico in history.

Iniesta fired Barcelona into the lead with seven minutes gone as his shot flew into the top corner past the helpless Diego Lopez, after a precise ball from Messi.

Karim Benzema’s quick-fire double put Madrid ahead on the night, firstly heading home from an Angel Di Maria cross, and then combining again with the Argentine four minutes later as he controlled the ball with his thigh before slotting into the net.

Messi ensured things were level as the referee blew for half-time, cutting inside on the edge of the box and firing home.

Madrid restored their lead in controversial circumstances as Ronaldo scored his penalty after being tripped by Dani Alves, despite initial contact seeming to come from outside the box.

Controversy struck again as Ramos was sent-off for bringing down Neymar in the penalty area. The Spaniard’s dismissal seemed harsh with Pepe on the cover, but Messi made no mistake as he calmly dispatched his spot-kick.

Barcelona’s main man completed the memorable comeback five minutes from time, again from the spot, as Iniesta was sandwiched by Xabi Alonso and Dani Carvajal.

Who do you think will win Saturday’s El Clasico? Lets us know on Twitter.

Defensive headaches for Madrid and Barcelona ahead of El Clasico