Breaking News
‘Ecstatic’, ‘Get in’: Fans reacts as Spurs draw...
‘Unlucky’, ‘Bring it on’: Some Man United fans...
Historic Palungwa palace in Taplejung crying for conservation
‘We have a chance’, ‘Bring them on’ –...
Saatdobato downs Khumaltar in top of the table...
Best streaming deals: Save on Netflix, Disney Plus,...
How Sony could make PSVR 2 amazing on...
Nepal’s COVID-19 death toll reaches 2,771 with four...
Chelsea stars pushing for recall, Everton injury latest,...
‘There was such history around the club’ –...
Home Sports Real Madrid will be without Karim Benzema for Champions League tie at Atalanta
Sports 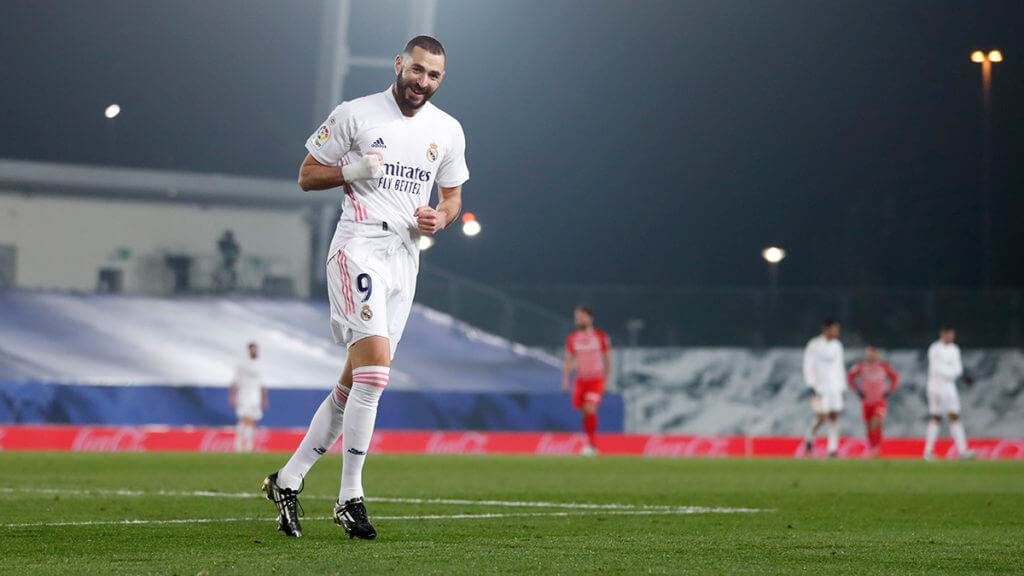 Real Madrid striker Karim Benzema won’t be part of the squad for the Champions League to face Atalanta on Wednesday night due to injury.

The Frenchman injured his adductor muscle during the 2-1 win over Valencia on February 14 and subsequently missed the club’s 1-0 triumph at Real Valladolid.

An earlier report from AS said that the striker could miss the Atalanta clash in midweek despite the injury being on a minor one.

It is now revealed by Deportes Cuatro that the 33-year-old won’t be travelling to Bergamo for the first leg of the Champions League round of 16 tie.

Hazard, Rodrygo and Valverde have returned to training after respective injuries but the midweek game will come too soon for them.

Manager Zinedine Zidane is likely to travel with a number of Castilla players to make up the bench and the absence of Benzema will be a big blow.

They were just two shots on target throughout the 90 minutes and one of those was from midfielder Casemiro, who scored the only goal of the game.

Like last season, Benzema has been the sole player to reach double figures in goals and he has netted 16 times with the second-best being Casemiro with only six.

His absence definitely reduces the club’s efficiency in front of goal and that could benefit Atalanta, who are aiming to reach the quarter-final for the second year running.