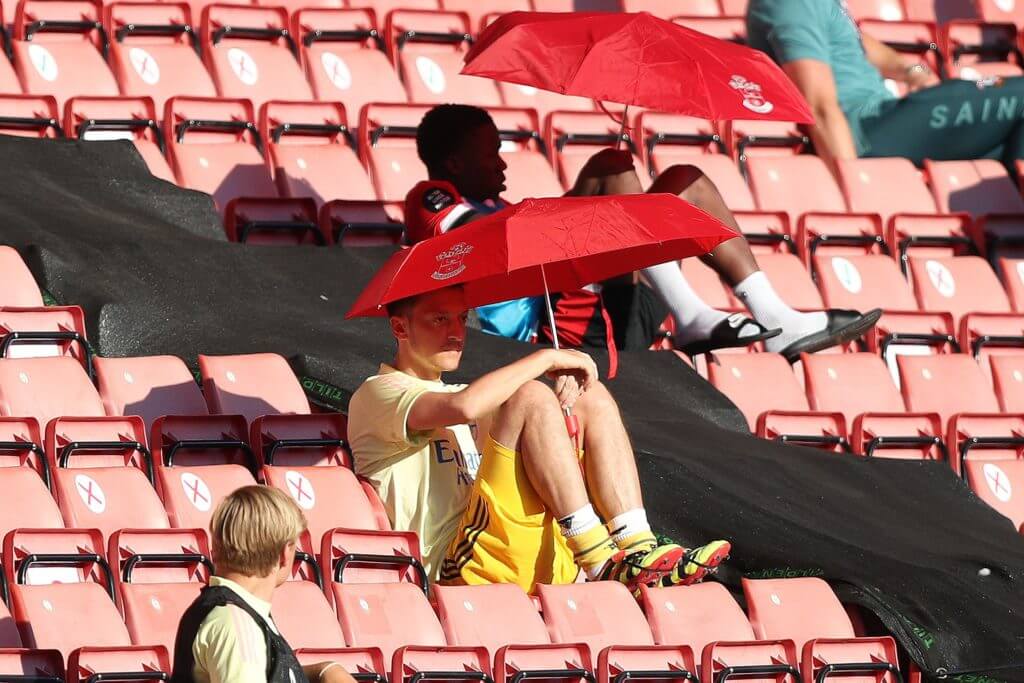 Mesut Ozil could leave Arsenal in the January transfer window.

According to reports from Football London, Ozil is currently in negotiation with MLS club DC United over a potential move. He has been offered an ‘attractive’ package that includes the expansion of his M10 brand across the United States.

The excerpt below is taken from the report:

DC United’s offer includes the expansion of Ozil’s 39 Steps Coffee brand in their Audi Field stadium, his own merchandise line and plans have been drawn up to make him the ‘face’ of the Washington-based side.

Mesut’s agent Dr Erkut Sogut has a close relationship with DC United executive Sam Porter, who was influential in bringing Wayne Rooney to the club from Everton in the summer of 2018.

Arsenal broke their transfer record when they signed Ozil for £42.5m from Real Madrid in 2013. The German international instantly became a fan-favourite and produced his best form under Arsene Wenger. He has scored 44 goals in all competitions for the Gunners and has notched up 54 assists in seven years at the north London club.

He was a key player under Wenger and helped the Gunners win three FA Cup trophies in four seasons.

However, Arsenal have been trying to offload Ozil for the past few seasons. He turned down the opportunity to leave Arsenal in the summer insisting he wants to see out his contract at Emirates Stadium.

Ozil hasn’t been included in both the Premier League and Europa League squads this season and hasn’t played any competitive match since March.

Arteta has claimed recently that he expects a lot of players to leave the club (either on loan or permanently) in January, and it seems Ozil’s Arsenal career is truly over.

Hack of federal agencies ‘likely Russian in origin’: US

Trump bars US transactions with eight Chinese apps including Alipay