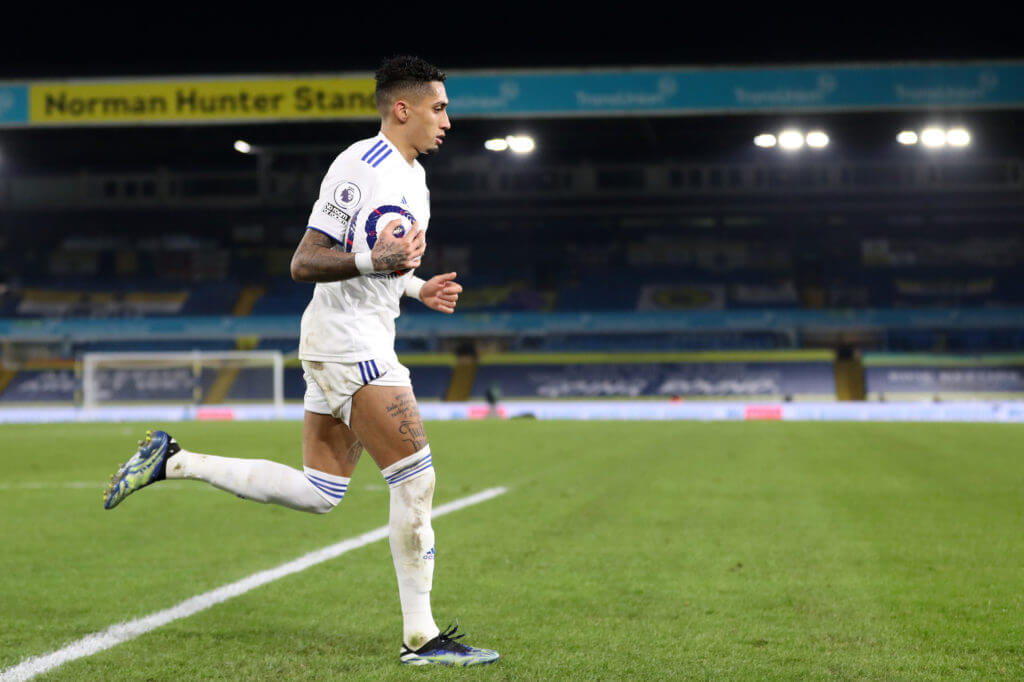 The 24-year-old joined for a “bargain” £17 million on transfer deadline day in October from Rennes and he has quickly established himself as a key player under Marcelo Bielsa.

He has scored five goals and contributed five assists in the Premier League and is proving to be one of Victor Orta’s most-astute signings.

According to reports from The Mirror, Leeds are very happy with his impact while the player himself “is happy at Elland Road.”

Two Premier League clubs – Liverpool and Manchester United – are reportedly interested in signing him in the summer transfer window, but Leeds are under no pressure to sell him.

In fact, Leeds are looking to make more “significant signings” in the summer. They spent £100 million last year, and their finance has been further boosted by the £50 million investment from the San Francisco 49ers.

Raphinha is a left-footed winger who can play on either flank.

Bielsa has used him mainly on the right-hand side where he cuts in and creates space for himself to shoot or makes room for others to exploit.

He would be a superb addition for Liverpool but Leeds are expected to demand a high transfer fee in case he decides to move on.

Manchester United have been linked as well but the Red Devils could pursue other targets like Jadon Sancho.

Raphinha has a contract till 2024, and it seems he is enjoying his time at Elland Road.

In other news, check out what Leeds can expect from their next seven games.