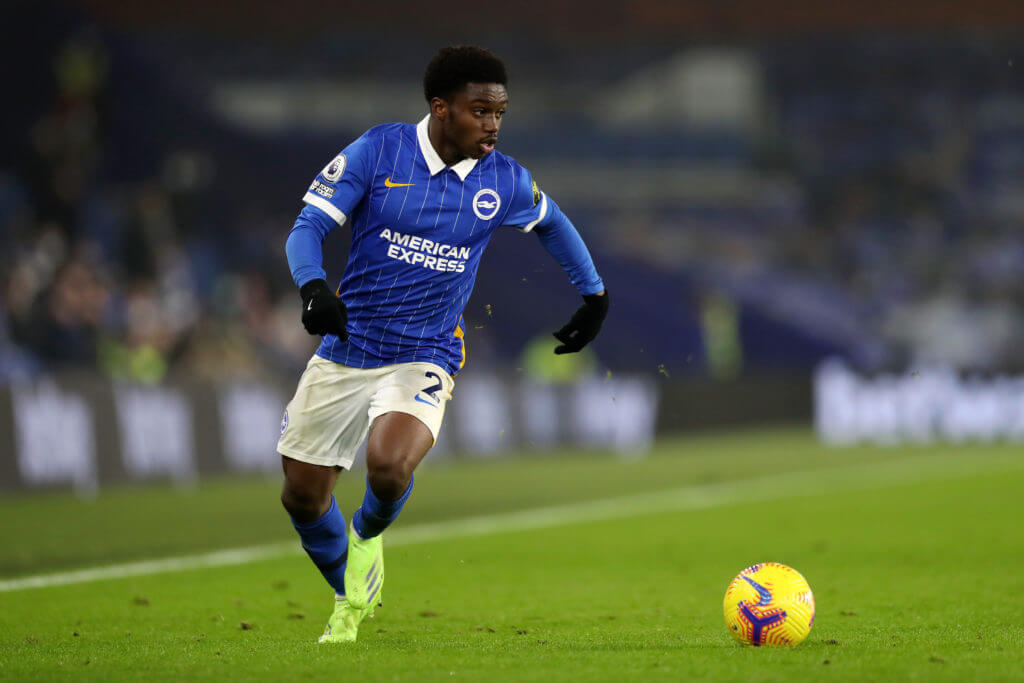 Lamptey signed for Brighton in the 2020 January transfer window, having failed to make a breakthrough at Chelsea. Since then, he has become one of the league’s most promising young full-backs, recording a goal and two assists in 19 Premier League appearances for the Seagulls.

However, the 20-year-old’s season has been blighted by injuries. He has not made an appearance since December 16th in the 0-0 draw against Fulham at Craven Cottage.

Lamptey was expected to make a return to action soon. However, manager Graham Potter has confirmed in his press conference that the England youth international will have to wait a bit longer.

Speaking ahead of Saturday’s visit of Leicester City, Potter said: “Tariq [Lamptey] won’t be fit. He’s had a little setback this week. We need to get to the bottom of that but he won’t be available for the weekend.

“It’s a problem with his hamstring. He’s seen a specialist, but at the moment all we know is that he’s not available for the weekend.”

It’s a fixture which could have implications at both ends of the table. The Seagulls are feeling the heat from newly-promoted Fulham, who remain in the relegation zone despite a five-game undefeated run.

Meanwhile, visitors Leicester go into the weekend in third place, with the likes of West Ham United, Chelsea, Liverpool, and Everton applying the pressure.

However, injuries to several key players has put the Foxes’ Champions League hopes under threat. Brendan Rodgers will feel like this is a must-win game if he wants to avoid a repeat of last season’s disappointing finish.