A man walks his dog near a sea wall at Osabe fishing port in Rikuzentakata, Iwate prefecture on Feb 25 (Photo: AFP)

TARO, Japan: The Japanese town of Taro had sea walls that were supposed to be able to survive almost anything the ocean could offer up, but the 2011 tsunami still brought utter destruction.

A decade after the deadly waves unleashed by one of the most powerful earthquakes in recorded history, the lesson learned in many coastal towns was: build higher.

That has left a legacy cast in concrete along hundreds of kilometres of Japan’s northeastern coast — with a few notable exceptions where communities have rejected the imposing barriers.

Before 2011, people in Taro assumed their walls would withstand just about everything.

Its 10-metre high barriers, running 2.3 kilometres  in total, were known collectively as “The Great Wall” and came with 44 tsunami evacuation routes, equipped with solar panels to keep the lights on.

Roads were designed with clear views for evacuees, and residents were supposed to be able to get to safety in less than 10 minutes, Motoda explained.

But the 16-metre wave that arrived on March 11 made quick work of those best-laid plans, streaming over the walls and partially destroying them as it carried away homes and cars.

Across Taro, 140 residents were killed and 41 remain missing.

After the disaster, Japan’s government asked coastal regions in the area to consider constructing or rebuilding protective walls, eventually setting aside 1.3 trillion yen (US$12 billion) in funds.

In all, 430 kilometres of non-contiguous barriers will be built, with construction around 80 percent complete.

The structures have reshaped the coastal landscape, screening long sections of the sea from view.

In Taro, the walls are now up to 14.7 metres high and run for over two kilometres.

At their base, residents must crane their necks to even see the top. For a glimpse of the ocean, they must climb more than 30 steps up a staircase that looks like it leads directly to the sky. (continues below) 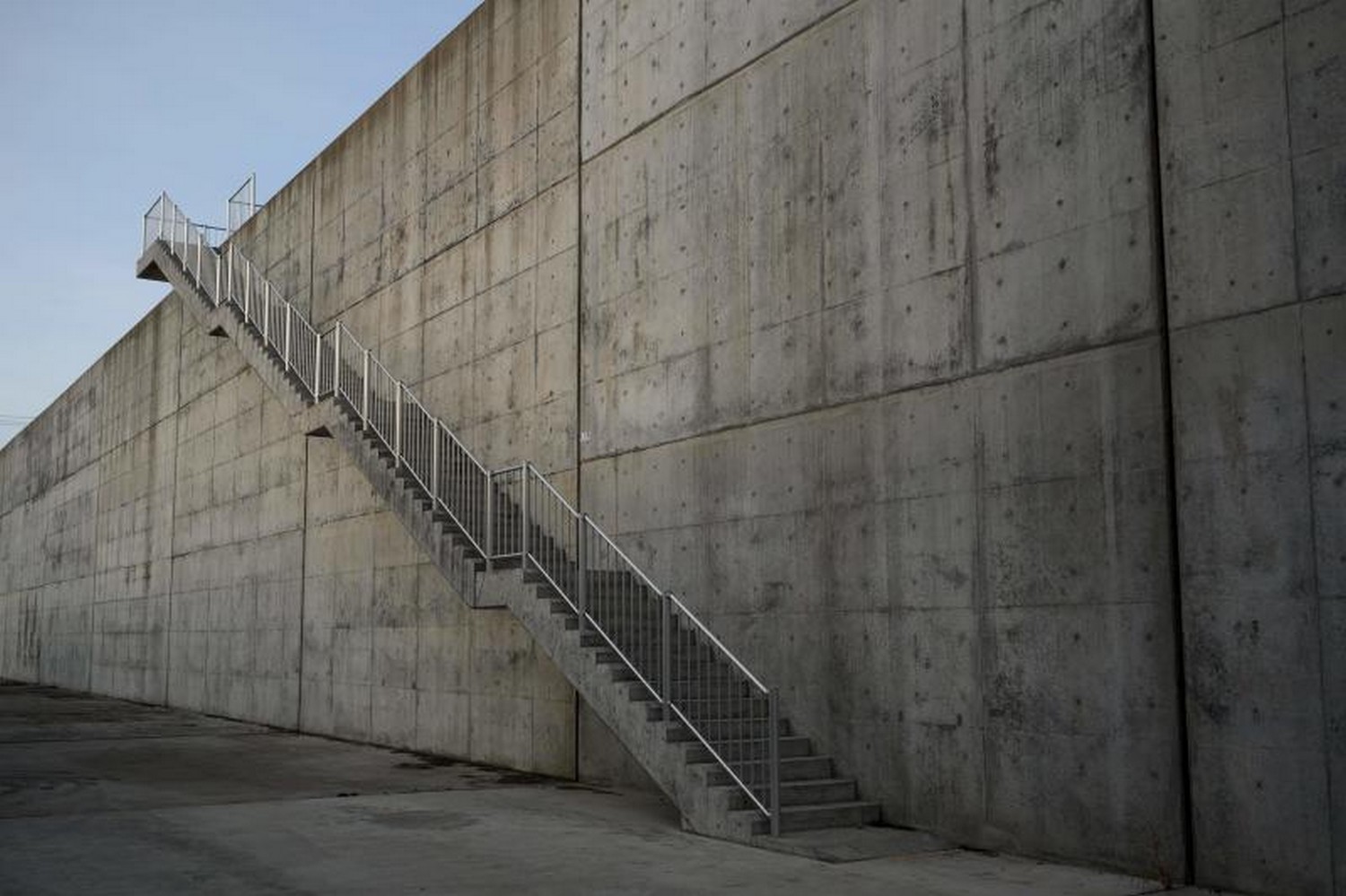 Experts say the barriers are worth it, offering two key protections: bouncing back the power of the waves, which reduces damage, and buying time for evacuation.

Even a few minutes can count for everything, said Tomoya Shibayama, a professor of civil and environmental engineering at Waseda University.

“There were many moments (in 2011) where these few minutes of time decided whether people were able to evacuate or were caught up by the tsunami,” he told AFP.

Newer designs incorporate wider bases and reinforced inner walls to stop the barriers being toppled and better absorb the force of multiple waves.

Heights have been adjusted based on new predictions of the highest waves that could occur in once-in-a-century tsunamis.

Other lessons have been learned too, with improved warning systems, computer simulations to map evacuation routes and relocations of communities.

“There is always a risk of natural disasters,” even if communities relocate. “Japan is a disaster-prone archipelago,” he warned.

Taro’s experience in 2011 showed the walls are not a fail-safe solution.

“There were people who didn’t evacuate, thinking the tsunami wouldn’t reach them,” Motoda noted.

The initial warning described a three-metre wave, and by the time it was upgraded to a 10-metre warning, power outages meant many missed the alert.

A large quake two days earlier had also only produced a minor wave, possibly lulling some into a false sense of security.

“The sea walls are here to buy time for people to evacuate, not to stop a tsunami,” Motoda said.

Motoda, whose mother remains missing after the tsunami, believes the walls serve another poignant purpose: keeping bodies from washing out to sea.

“I feel she would have returned home if the sea walls hadn’t been destroyed,” she said.

But the walls are not without controversy, and some communities have rejected being cut off from the sea, regardless of the risks.

The tiny fishing village of Mone in Miyagi lost 42 of its 55 houses in the 2011 tsunami, but instead of building a wall, it decided to move.

“The only way to protect our lives when a tsunami comes is to evacuate to a higher place. Whether there is a sea wall doesn’t matter,” said local oyster farmer Makoto Hatakeyama.

The village, which lost four people in the tsunami, relocated 40 metres above sea level. (continues below) 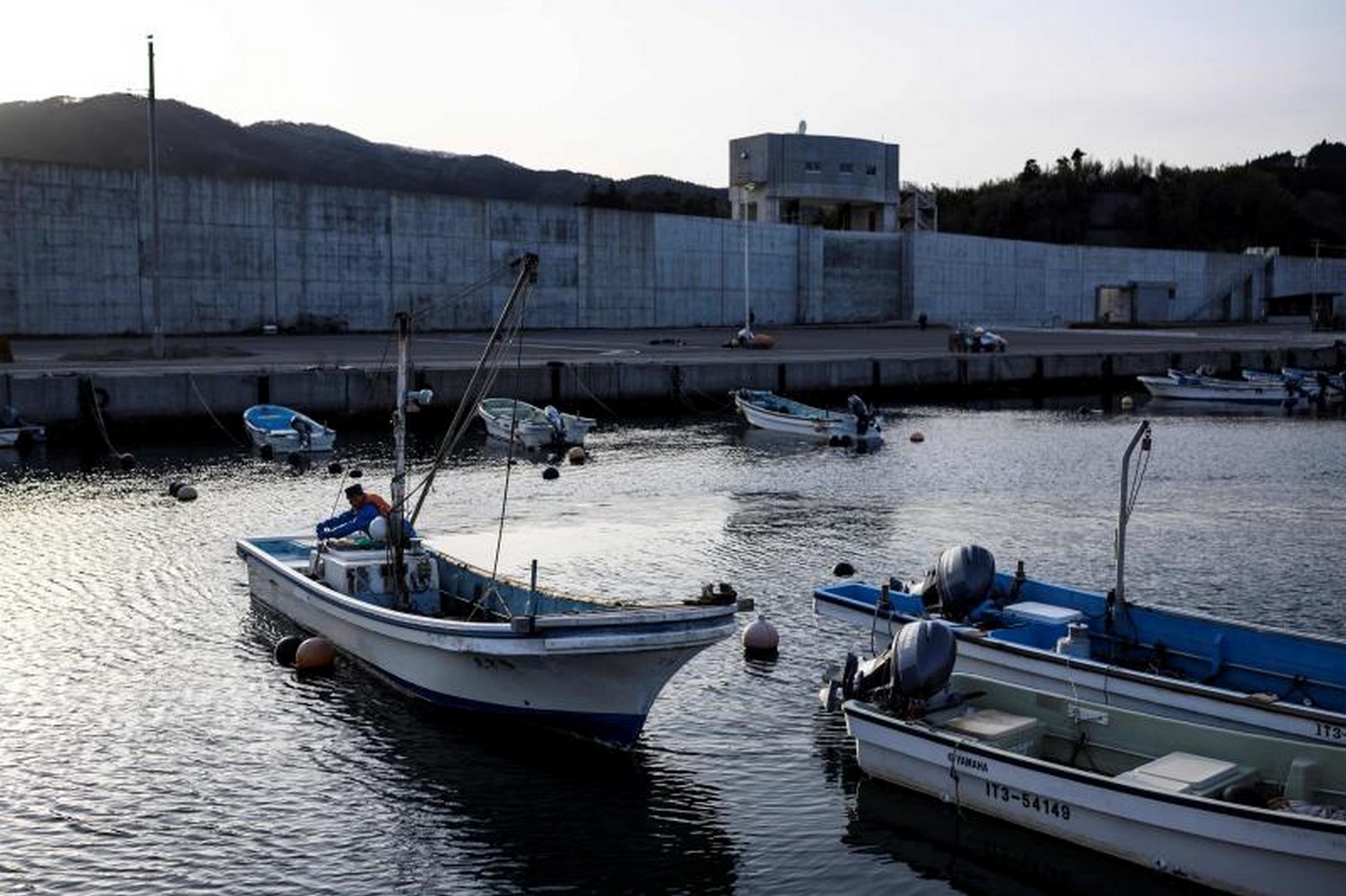 Hatakeyama, like many fishermen, actually headed into the sea in a bid to protect his boat. He survived only by swimming to a nearby island.

He believes sea walls can offer a false sense of security.

“There is nothing you can do about a tsunami… Humans should understand they live in a place where natural disasters such as tsunamis and quakes happen.”

And losing a direct connection to the ocean isn’t a sacrifice he’s willing to make.

“This view, this community’s wind, atmosphere… There’s almost nowhere like it in Japan,” the 42-year-old said.

“(The sea) is my identity. It makes me feel calm. This is my home.”

DDC’s extended meeting being kicked off in Jaleshwar

Pakistan’s parliament to debate whether to expel French...

J&J and other drugmakers go on trial over...