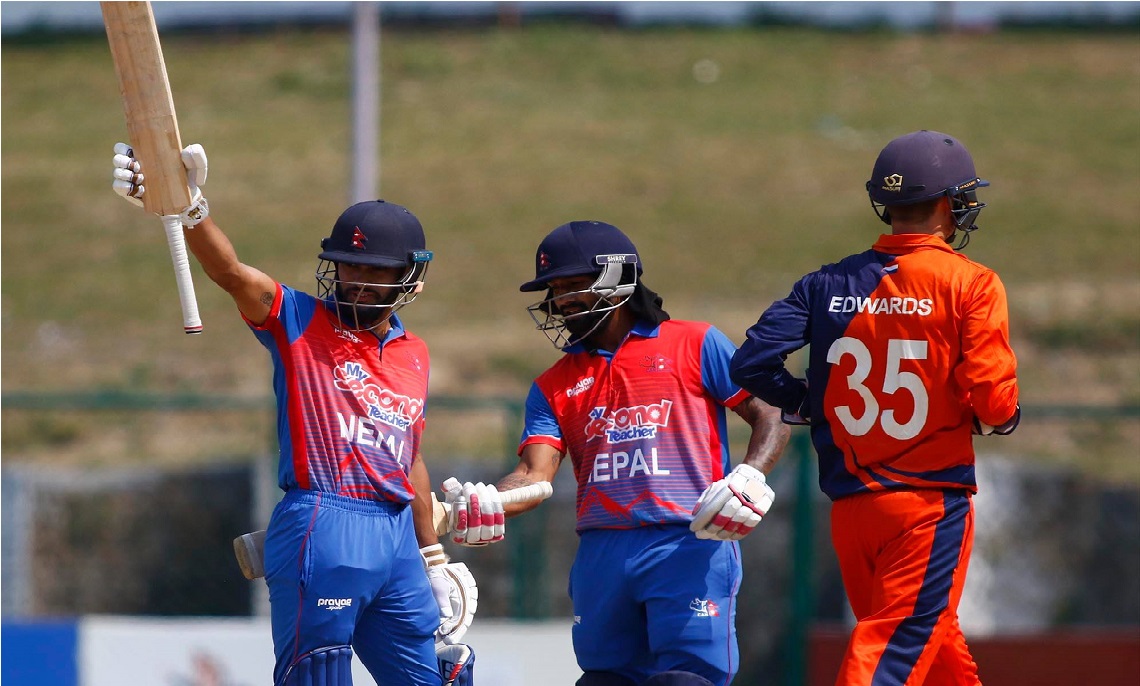 KATHMANDU, April 21: Nepal lost to the Netherlands by 3 wickets in a match played under the Tri-nation T20 cricket series at Tribhuvan University Cricket Ground, Kirtipur on Tuesday.

In the match played with no spectators owing to the growing risk of CVID-19 , the hosts  failed to defend a formidable total of 206 runs.

Chasing the target, the Netherlands surpassed the Nepali total in 19.3 overs at the loss of 7 wickets. Bas de Leede and Ben Cooper scored 89 and 55 runs respectively to take their team home, and avenge the defeat in the inaugural match. Nepal had defeated the Netherlands by 9 wickets in the opening match of the series. Leede also won the man-of-the-match award.

This is Nepal’s first loss in the series. Earlier  Nepal registered victories against Netherlands and Malaysia.