Breaking News
Cabinet decides to summon HoR meeting on March...
‘Maybe next week’: Mourinho delivers positive injury update...
Nvidia says GeForce RTX 3060 is for gamers,...
How speech to text, password managers and other...
Brandwatch is acquired by Cision for $450M, creating...
MyHeritage now lets you animate old family photos...
‘Ecstatic’, ‘Get in’: Fans reacts as Spurs draw...
‘Unlucky’, ‘Bring it on’: Some Man United fans...
Historic Palungwa palace in Taplejung crying for conservation
‘We have a chance’, ‘Bring them on’ –...
Home Sports ‘We are lucky to have him’: Tyler Roberts very impressed with ‘outstanding’ Leeds player
Sports

‘We are lucky to have him’: Tyler Roberts very impressed with ‘outstanding’ Leeds player 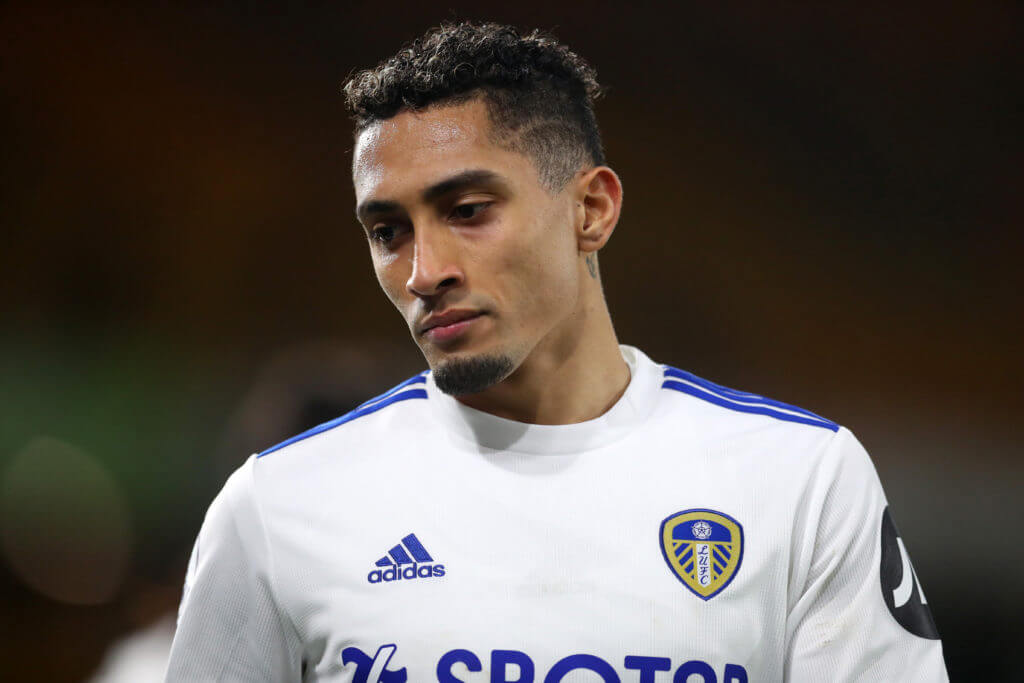 The Brazilian joined in the summer transfer window from French outfit Stade Rennes on deadline day in a deal worth £17m.

The jet-heeled winger has taken no time in settling in at his new club and has been simply outstanding for them so far.

Raphinha has scored four goals and registered five assists in 16 Premier League starts, but his overall contribution – link-up plays, creating spaces for others with intelligent movements and dazzling skills – has been very crucial for Marcelo Bielsa’s side.

He is fast, skilful, and his direct style of football makes him a perfect player in a Bielsa system. He has cemented his position in the side, and dislodged Helder Costa in Biela’s starting line-up.

Roberts – who has struggled for games this season and was only handed his third start of the top-flight campaign against Wolves – has been left thoroughly impressed with Raphinha’s work ethics in training.

He has suggested that his signing is a ‘steal’ for the club, and that everyone at Leeds is lucky to have him. Roberts has hailed him as an ‘outstanding’, and a ‘definitely great player’ that only goes to show his massive importance to the current Leeds team.

“You can see in training straight away that he’s a typical Brazilian skilful player – but the work ethic that he brings as well is outstanding.

“He goes so well in our team. We are lucky to have him. I think he’s worth a lot of money. He’s definitely a great player. I enjoy working and playing with him.”

Leeds find themselves in 12th position in the league table, after losing back to back games against Arsenal and Wolverhampton Wanderers.

‘It all adds up’: £90k-per-week star responds to exit reports after Everton win vs Liverpool