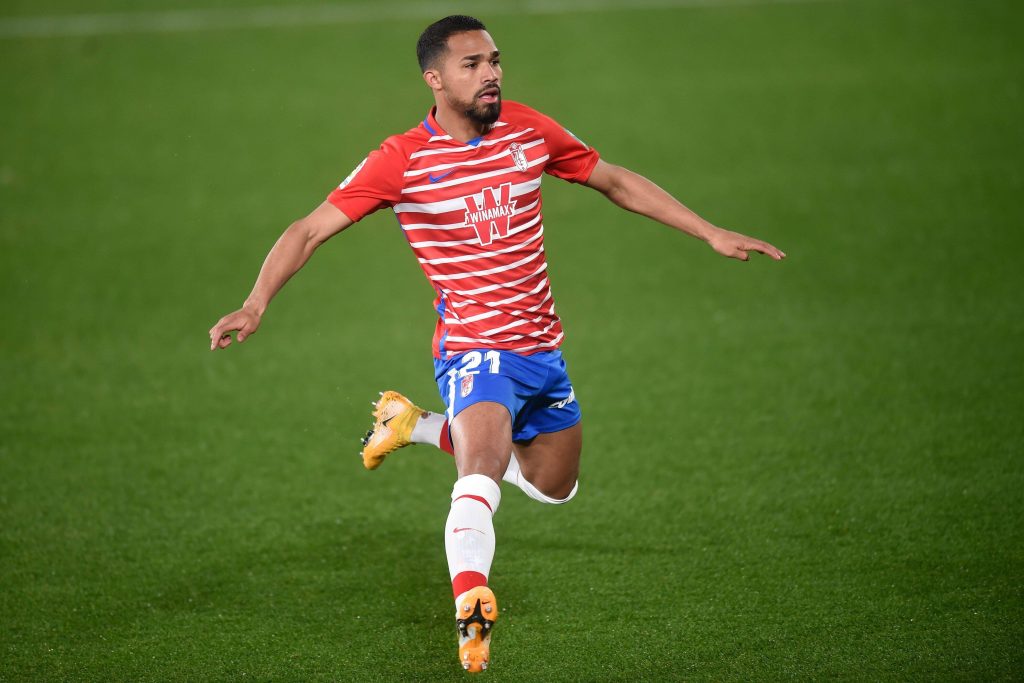 West Ham United are thought to be keeping tabs on the Granada midfielder Yangel Herrera.

The 22-year-old is currently on loan at the Spanish club from Manchester City and he has been outstanding for them.

The report from Goal.com adds that Southampton and a number of La Liga clubs are also keen on the Venezuelan midfielder.

It will be interesting to see if Herrera is brought back to Manchester City at the end of this season especially with Fernandinho nearing the end of his deal at the Premier League club.

Meanwhile, it would be interesting to see how David Moyes accommodates the 22-year-old in his starting line-up if Herrera joins the London side.

In terms of ability, the Venezuelan is a tactically intelligent midfielder who is a strong tackler and a good reader of the game. Furthermore, the 22-year-old has an impressive passing range and a good awareness of space.

Apart from his defensive qualities, Herrera has 8 goals and 2 assists to his name in all competitions as well.

Herrera will be hoping to play regular first-team football wherever he ends up next season.

It remains to be seen whether the Hammers then agree on a deal with Manchester City for the highly-rated midfielder this summer. The Premier League side are under no pressure to sell and they could use a defensive midfielder themselves.

A summer move to West Ham or any other club seems quite unlikely at this stage for Herrera.

Bootstrapping, managing product-led growth and knowing when to fundraise

Newcastle make enquiry for 21-yr-old who could cost...