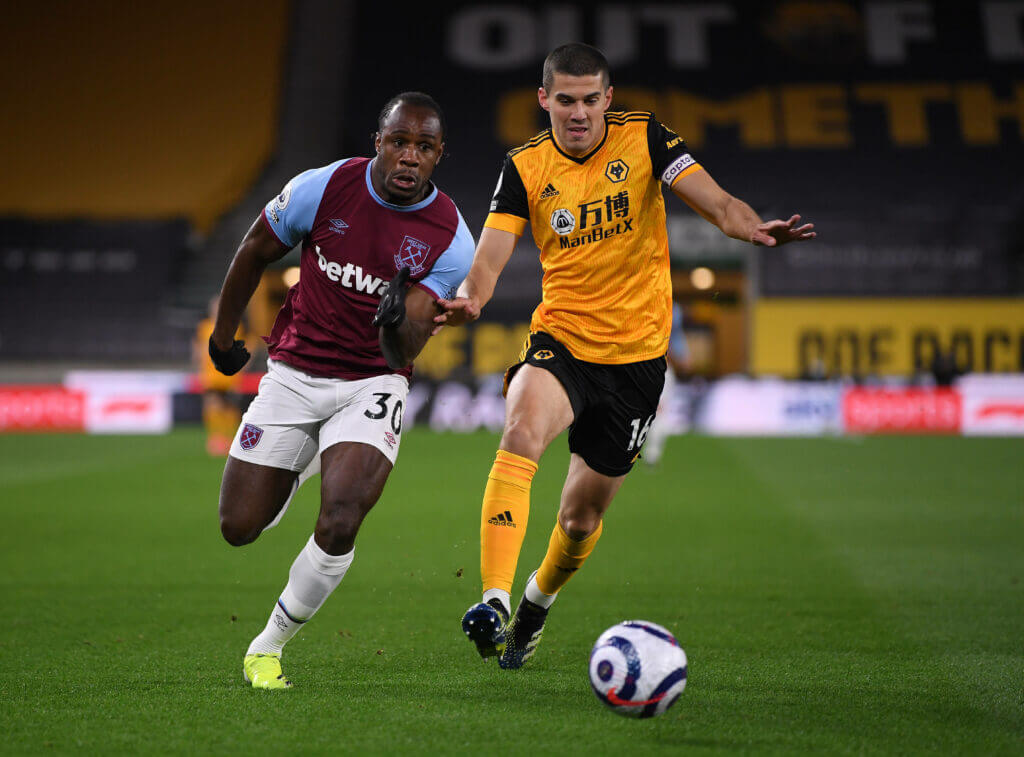 West Ham striker Michail Antonio could miss most of the Premier League run-in due to a hamstring injury.

According to reports from The Times, the Hammers striker hamstring injury is worse than first feared. The club is unsure how long he will be out.

The report claims that his potential long-injury lay off could be a “blow to West Ham United’s bid” to qualify for the Champions League.

The Hammers have punched above their weight this season, with David Moyes doing a fabulous job with the players he has at his disposal.

West Ham find themselves fourth in the Premier League table, and they are expected to put up a strong fight to stay there, with several clubs like – Chelsea, Liverpool and Tottenham – looking to get an entry.

Antonio, who is on £70k-per-week wages at West Ham, is the club’s only recognised forward. He was forced off at the break during the 3-2 win away at Wolves.

After undergoing a scan, the hamstring looked worse than initially hoped. The club is now waiting to understand the severity of the problem, and how long he could be out.

His potential absence has come at the wrong time, especially with Declan Rice is also currently injured. It means the Hammers will be missing two important players against Leicester on Sunday.

Moyes has other options, though. He can use Jesse Lingard, on loan from Manchester United, alongside Jarrod Bowen and Said Benrahma as an attacking front three.

Andriy Yarmolenko could be another option for Moyes as well, although he has started only one league game this season.

In other news, check five of the best El Clasico matches ahead of Saturday’s showdown.